I am still busy beavering away trying to get as much as possible done for next weekend!! I decided I needed a few more characters for the village. I had sold some stuff on Ebay and decided to reinvest it in dollies! Its getting harder to think od people I don't already have!!

So these are the new arrivals!

First up Sarah the new receptionist in the doctors surgery. 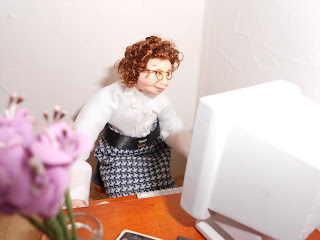 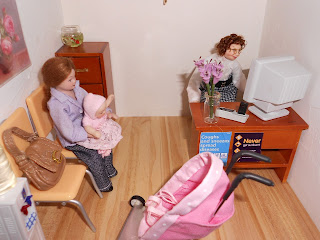 Next Martin the milkman. You will prob notice his bottles say Milch! Its because its a Reutter set but its so nice I decided to use it anyway! 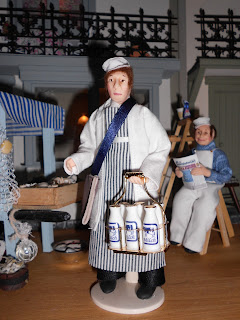 There's also a new pirate at the fancy dress party. His nickname is Shakespeare after a character in my favourite movie Stardust. He loves to dress up and the pirate frills are def his cup of tea! 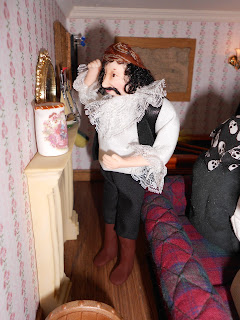 I couldn't resist another member for the WI. I just loved her slippers and stockings and she looks just like my Nan! 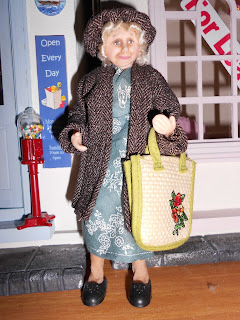 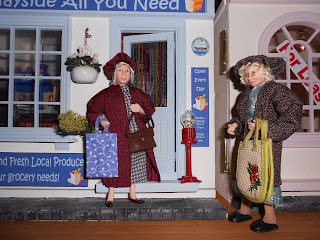 And last but not least is Stu. He's a surfer dude who would rather be on the beach than working! He earns enough to get him by renting out scooters to holiday makers and will be back on the beach as soon as it hits 6pm! 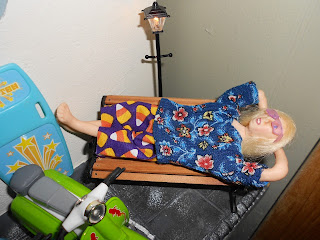 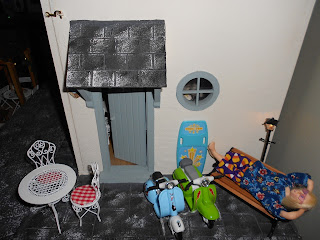 Today I was also thinking what should be my next job! I was looking at my clown and although I love him he didn't really fit into the village. I had an idea to make the empty blue front into a party come fancy dress shop! That meant the clown could then be outside trying to drum up business. I was looking on Ebay for ideas for the window but didn't really want to spend any money so raided my Bratz stuff! I found a dress that could pass for a sexy pirate and a little babygro that would do as a bunny outfit. The ears aren't exactly how I hoped as the pipe cleaner was a little thick but I had run out of white ones! There are also some wings a tutu and an Indiana Jones hat along with some balloons. Enough to get any party started. I knew exactly what I wanted for the back drop some silver fringing. I found an old happy Birthday banner that was plain holographic silver on the back and cut it into strips and it was perfect! really pleased with it and that's another business added to the list in Quayside!!! 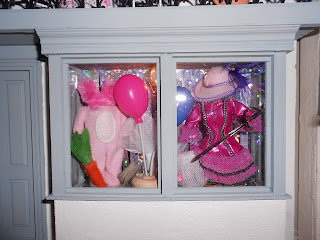 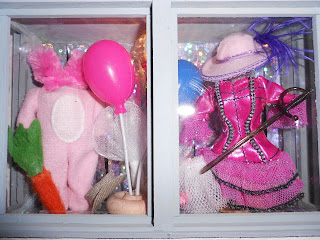 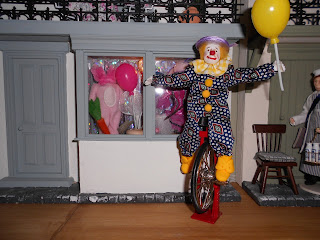 Here is a better pic of the fronts. I do love them they add so much interest to the Upper Quayside shelf! The best thing about them is they don't need access so I can put loads of things outside and I don't have to keep moving everything!!! I almost put them up for sale at one point so I could get some more little shops instead, but really glad I didn't as the village wouldn't be the same without them!!! 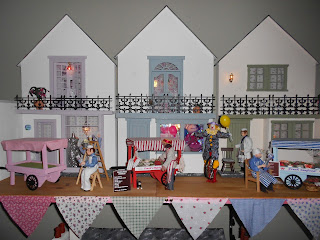 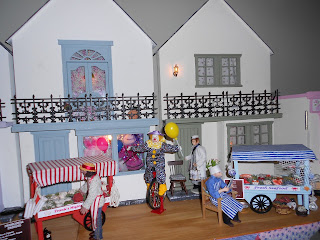 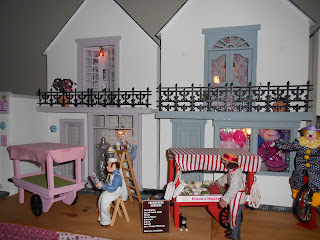 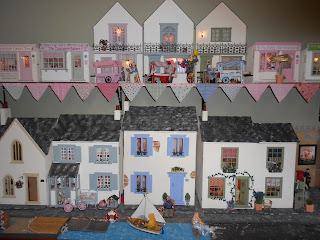