Just wanted to do a quick post to wish everyone a Happy Easter! I am lucky enough to have my family up from down South and it was my Dads 65th Birthday yesterday so it was lovely to have him here for that! 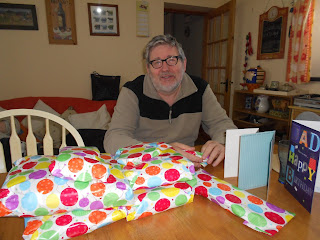 That was yesterday though lol so today I thought I would make use of this talents and got him to make me some pub benches for the soon to be expanded pub! He has done a brilliant job of them...well done Pops!! 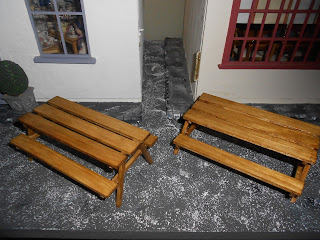 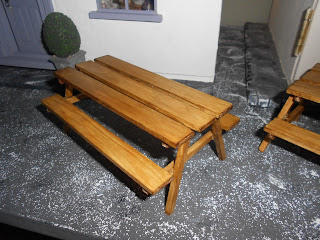 While he was busy beavering away making those for some strange reason I had an idea to make a little garden for in between the witches shop and house. I already had everything so it was a nice cheap little project and worked out quite nicely. Its added a bit of interest where there was just a space before! 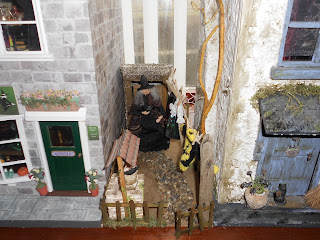 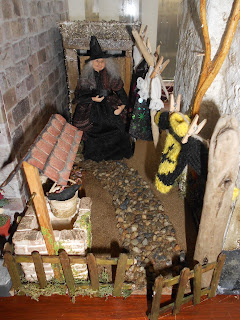 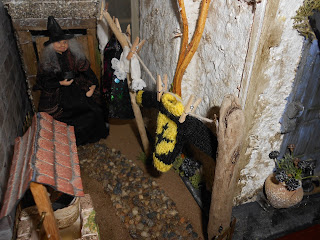 And last but not least a couple of new arrivals to show you! I managed to win a couple of dolls for a bargain price on Ebay a few days ago. I was desperate to win the fisherman as I just fell in love with him! I was lucky enough to win him for just £6!! His name is Cyril after the man that ran the newsagents a few doors down from my Parents toyshop when they lived in Newquay. 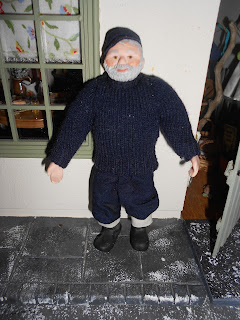 I also won the cheeky little paper boy too who is called Jim! 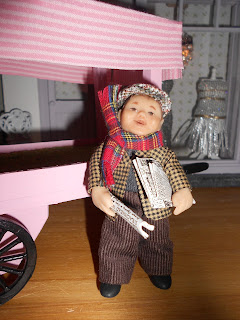