I was bored yesterday afternoon so decided to give the cottage I picked up at the bootsale a mini makeover, it was a nice way to spend a couple of hours!! as you can see my little helper is ever present! :-) 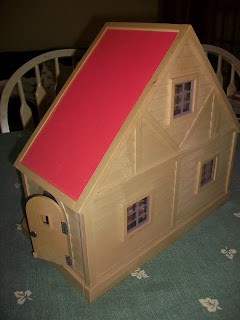 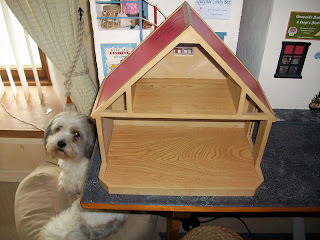 I have loads of odd bits of Sylvanian including for some reason tons of babies lol A lot are Bethanys from when she was little and  the rest picked up at bootsales or charity shops. I decided to make a little nursery school. Some babies are sleeping, some are playing, some are having a bottle and some sitting outside.

The little pram on the left was 20p from the bootsale yesterday also.   It would make a cute little house but I know my niece will love it set up as the nursery its prob much more fun to play with than if it was just a house! 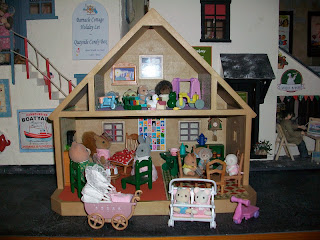 I didn't really like the red roof so added some tile paper which I think looks much better. 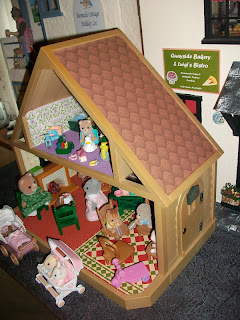 I also added some wallpaper on a couple of walls and the upstairs ceiling as it was really dark. I added some flooring using up some scraps left over from my Fairbanks. 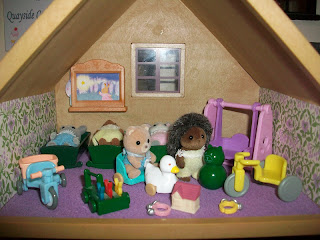 The Mums are doing what Mums do best having some cake!! 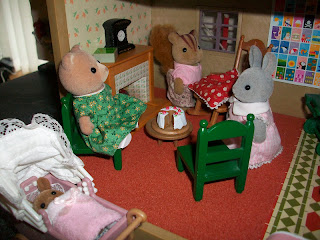 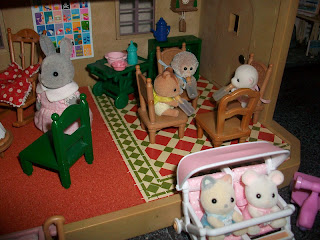 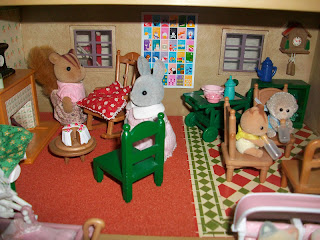 I got the little name sign from the DH shop on my last visit for 45p and thought it suited it nicely. I knew it would come in handy somewhere! 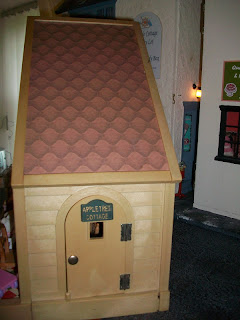