My lovely new house arrived safely yesterday! Just as well as we were supposed to be going to the caravan and I had a feeling it might arrive so persuaded everyone to stay home. I would not have been popular had it not turned up!!!

I have to say I was nervous unpacking it lol its so hard to judge what something is really like from just a few photographs but it really was every bit as good as I hoped! Its such a lovely style and the detail on the opening doors makes it so different to anything else I have ever had!

I was kind of hoping it had wooden floors as I asked the seller what they were and she had said wood but from the pictures I did think it was wood effect paper which it was. Not to worry though its been nicely done and I can always change it at a later date if I feel the need! 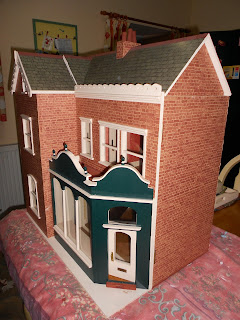 The front shop window has come off  enroute which is not really surprising as its quite heavy but to be honest I am going to give it a fresh coat of green paint so it makes it much easier to do and I will just glue back on afterwards! 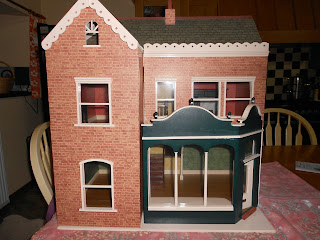 The picture makes it look huge but actually its a very neat size as its not overly deep. Its made from ply too which means its really not too heavy which another bonus! There are so many nooks and crannies to fill its going to be so much fun!! 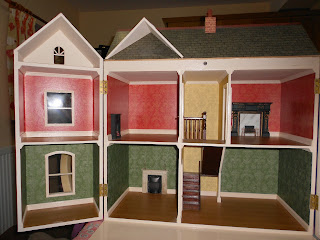 I love how you can fills the door with things! 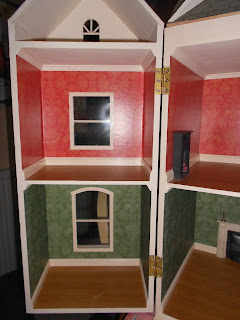 This is the shop part which will be filled with all the Christmas goodies! 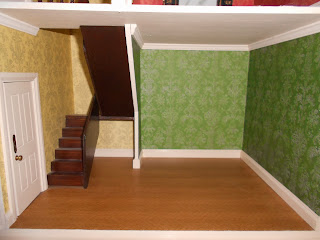 I think this will be Mrs Clauses kitchen! 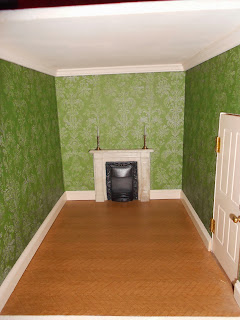 This will be the bedroom 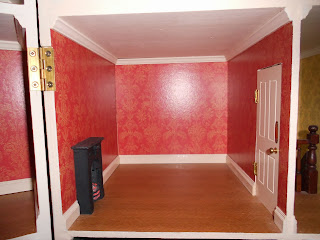 And this will be Santas office plus cosy lounge! 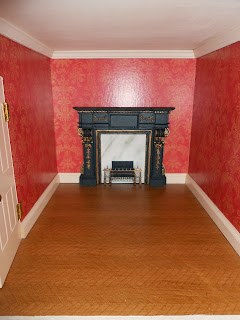 There is a rather lovely fireplace in here with a beautiful wire fire basket! 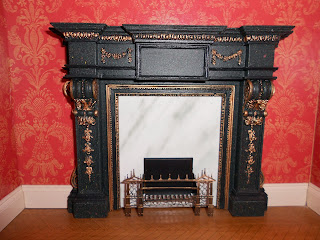 I knew the roof lifted off but I didn't know the seller had already painted it all and added the wood effect flooring. 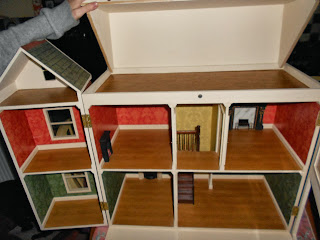 This gives a huge extra space which will prob become the workshop with the elves etc.I will need to add some sort of window in the roof which scares me a bit but it will be worth it to be able to see it lit up through the window without having to take the roof off! 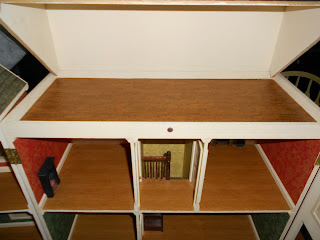 Lastly was this shelf unit that came with it that seems quite old so that will fit in somewhere If not in here in the Post Office! 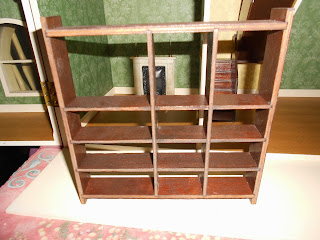 Today I will be just stickling down odd bits of paper, adding some trims around the inside of the doors and just giving it a bit of a tidy up. There's really not much to do apart from add some lights and fill it up! I am so chuffed with it I love it!!!
Posted by Paula at 06:01