More new arrivals in the village!

There has been a lot of new arrivals in Quayside in the past few weeks! Business is booming and the place is always busy so people are moving in from near and far!!

The new residents to arrive today are....

Stan the seafood man. He did come with a red apron but I thought that made him look a little like a butcher so I made him a blue one. I also made his hat as the one he came with was sadly too small for him! Hes doing very well with his seafood stall! All  the residents and visitors do like their fresh cockles and muscles! 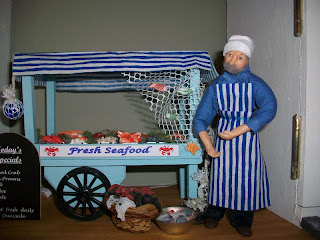 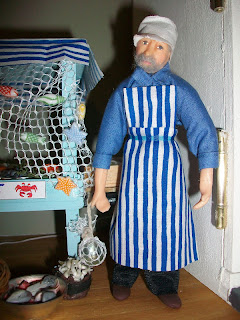 Next up is the postie. No name as yet going to I am going to ask my real postie tomorrow what his name is as he always jokes when I get a big parcel 'I thought the last one was the last one??'!! Fingers crossed he's got a good one lol!! 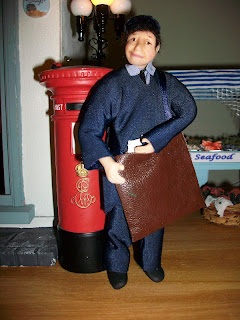 The town crier was originally a mayor but I already had a mayor so Bernadette the lady I buy them from on Ebay kindly changed him into a town crier instead. He.s busy letting everyone know the party in the hall will be starting soon! 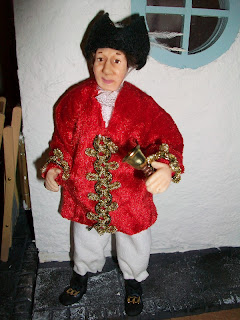 Theres also a new member of the WI. Shes Mary and doesn't give a jot what anyone thinks about anything she just likes to go with the flo! She says shes old to know better and to old to care! Shes definitely not your typical WI member but she goes along for the cake! 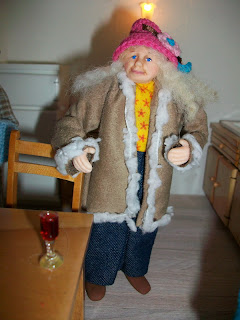 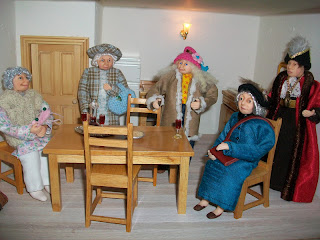 Next up are a new couple who have taken over the village store. Anyone Scottish that reads my blog will probably  know a programme called Still Game and we are big fans! Our favourite character is Navid (pronounced Naveed) who runs the shop. So I had my very own Navid and his wife Meena made for my shop. They raised a few eyebrows when they first arrived as Quaysiders are very wary of any new 'outsiders' moving in, but they have already settled in well and have made lots of friends! 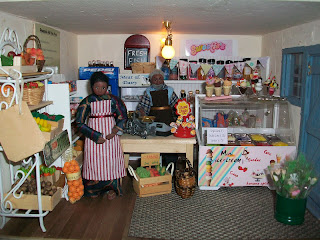 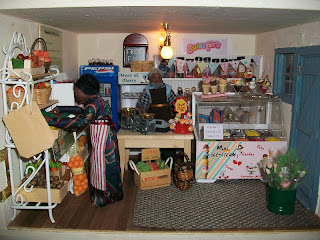 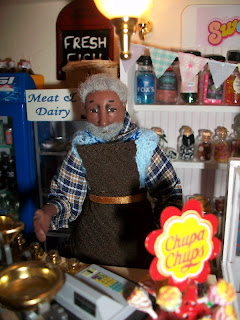 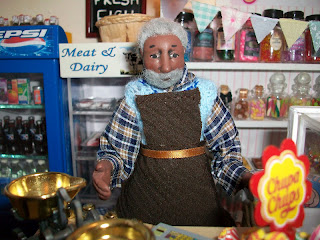 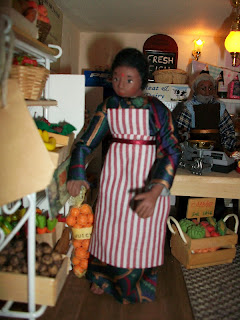