Holly the life model and a sozzled pirate!

Seems ages since I posted anything even though its not lol! We were away at the caravan this weekend and it was so nice to get back up there! The weather was not too bad at all and everything survived the winter which is always a relief! We are all counting down the days til we go back up especially the dogs they do love the beach so much!! 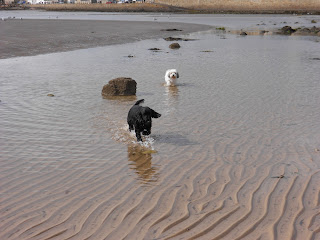 I had to wait til Monday to get my new dollies as they came on Friday so the postie just left a card! I couldn't wait to have a little play and get them in the village! Only me being me and not being able to resist leaving things alone disaster struck!!!

Holly my lovely model doll came with a sheet which was just fine but I had a lovely piece of dark red velvet which I thought might look better, at this point I should have just left things be!!! I removed the sheet and ended up pulling some of the hair off as it was stuck to it! Then I couldn't get the new piece of fabric to sit right and the I tried to move the dolls left arm so I could get her to lay on the chaise better and promptly broke it :-( I tried to make a replacement bit but ended up with glue everywhere trying to attach it and then that bit broke too. I had got glue in the hair which combined with the bit I'd pulled off with the sheet I had ruined that too! At this point she was bald and armless and I think I could possibly have cried....I had ruined her!!

I walked away for half an hour and then went back to see what I could do! I had some long blonde hair which I had picked up the DH shop for £1 a few weeks ago that that was handy! I redid her hair and that turned out ok so that was a good start! Then I had to tackle the arm. I ended up just cutting off the broken part and reattaching it as it was so she now has one arm  bit longer than the other but actually it doesn't notice really so unless you knew I don't think anyone would be able to tell!

Here she is out in the street what an exhibitionist lol It was just easier to get a photo before putting her in place! She has a lovely face and body and after all her drama she looks very relaxed! I decided to give up with the sheet idea as I could not get it right and the new hair was long enough to cover what was needing covered! 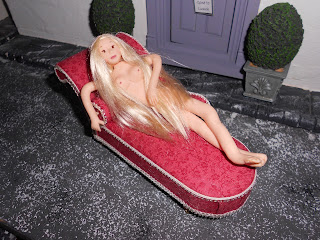 Edwardo is more than happy with his new model! 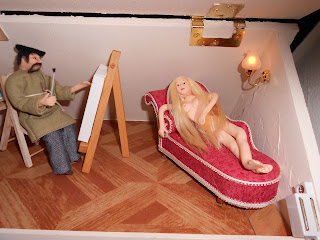 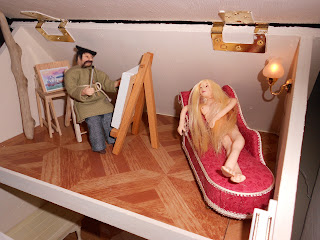 I think she looks great draped across the chaise its as if it was made for her! 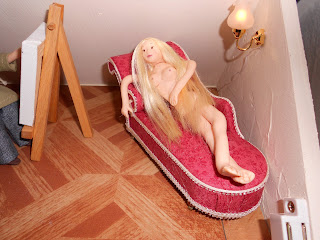 Of course they always come in pairs so I couldn't resist another drunken pirate! 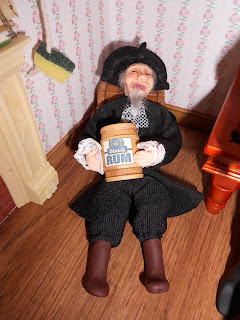 He is so much fun with his tongue hanging out he looks properly sozzled lol!! 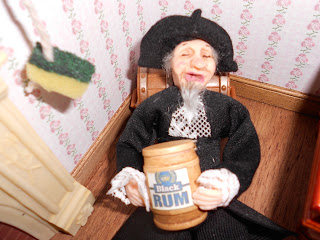 I decided my other pirate could be just a normal one as he looked so good and I don't really need two drunken ones so I painted him in an eye and now he looks just the part! 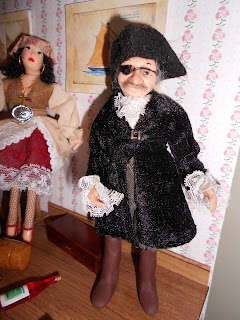 Just before we went away on Friday I managed to get all my new meat displayed on Franks cart. Bethany printed off the signs for me as always which really does add the finishing touch! 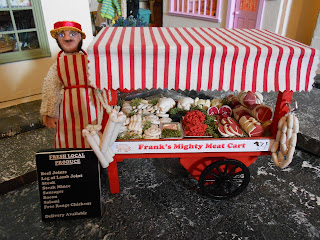 It looks so good I am so pleased. Its something I thought would cost me a fortune and would be an age before I got it done, so its great to see it all finished! 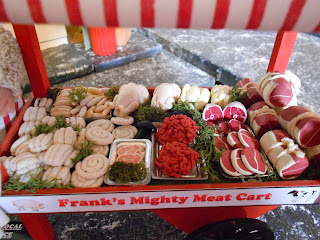 I am still really proud of Frank as I made him myself! he looks just how I hoped he would! 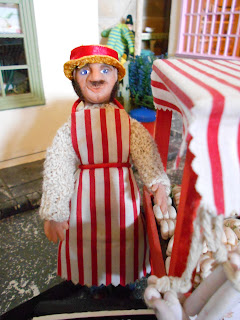 He's loving his new stall and waiting for lots of lovely lady customers I think! 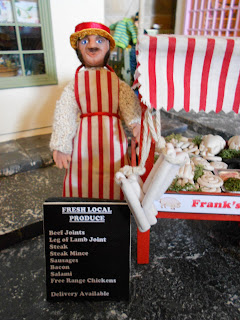 Him and Stan can now keep each company! Just one more cart to do! 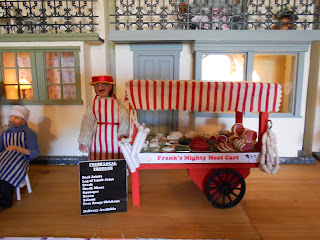